since theres been alot of requests for a new map on ctf server we will do a poll.

Any other request pot the name and link to the map.
My PC Specs
Top

I just had an idea!
How about for an evening, say, next sarurday, have these 4 be THE ONLY maps on the server. OF course, notify the regulars, so we could DL them ahead of time, and we could get a feel of them. For example, Stronghold and the Escort one look cool, but its hard to know how they will fare in a 32 player setting.

EDIT: I dont know if this would apply, but TC/CTF Meridian looks pretty awesome, and I have yet to see a server playing it.
Last edited by Grim Tuesday on October 3rd, 2009, 5:52 pm, edited 1 time in total.
Top

I'm not sure if I was looking a the right map, but Hunted is an attack & defend map?
Seems lame, imo.


Grim Tuesday wrote:I just had an idea!
How about for an evening, say, next sarurday, have these 4 be THE ONLY maps on the server. OF course, notify the regulars, so we could DL them ahead of time, and we could get a feel of them. For example, Stronghold and the Escort one look cool, but its hard to know how they will fare in a 32 player setting.

That seems like an alright idea. Even though, I already voted. =[
Top

Another thing, the version of Aerospace linked to in the other thread is outdated, link to B4, not B3.

Just my 2 cents-- Dont vote for convoy. In my opinion, it is worse than 2fort in turtling, as the entire intel room can be locked down with a single sentry, and it is harder to get an uber over to the side. It is also WAY to sniper friendly.
Top

I couldn't find any good images of Aerospace. I was looking on FPSBanana.
They have some good maps, but I haven't played on any so I didn't bother posting them.
Top 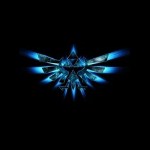 http://halflife2.filefront.com/file/Tea ... a_1;101339
"I may be drunk, Miss, but in the morning I will be sober and you will still be ugly."
"A prisoner of war is a man who tries to kill you and fails, and then asks you not to kill him."
--Winston Churchill

I just checked out all those maps, and Aerospace is the only one that is well polished. Stronghold still feels in beta, and convoy is only strong sometimes fun, when the fragfests aren't there. Badlands looks 1337, but is a huge map, and has hardly any detailing, so it looks bland. The last one, the VIP one sucks. All you have is one flag, and when it dies, your whole team dies. Very open to greifing. Maybe the only reason I didnt like it was because the server I joined had an admin who was aimbotting with the sniper rifle. Whatever. It still looks like a bad map. Although I have voted for aerospace, the map that I really want to vote for is CTF_Aurora. IT is phenomenal map, both visually, and in play. It is small, but has a unique dynamic that none of the other maps here have. The flag starts in your base, and you must move it to the enemies flag room. Actually, instead of having a flag room, there is flag pit, and you have to sacrifice yourself to cap. But its still very fun. To sum stuff up, my choices for maps would be (1 being the best):
1. Aurora
2. Aerospace
3 1Fort
4. Badlands
5. Stronghold
6. The VIP one
Top

Where do you go to play these maps? :S
Top

For most of them, I just DL'd, and walked around. For Aerospace, and Aurora, there is almost always a server operating them. Il record a fly through of all of them today, so that those who are too lazy to DL them, can see what they are like.

The vote will end friday and the winning map will be added.

Just so everyone gets there vote in
My PC Specs
Top

Why dont we have a testing night for ALL of the aforementioned CTF maps. How about this friday night, you just load all of the maps onto the CTF server, just those ones, so we could test them out in a 32 player setting. Also, let me finish with my walkthroughs for those too lazy to download them and test. ALso, what about a tie, like it is now? PLEASE NO CONVOY!

EDIT: How about we have this vote every month, so we can have a new monthly map!
Top

I can't wait to see what happens. I like the idea of trying them all on Friday night. That's my vote(i did vote for aerospace). I'm super pumped to try some new maps.

I would love to get most of the BW reg and push on some ctf maps it would be fun.....

Sure. Of course you would roll us

!
NAWT!
I take your challenge!