Posting this here so we call all facepalm and say I told you so when they go back on their word and just make it another way of looking at facebook. PS4 was just touted by a game maker as "The next PC-like innovation" to paraphrase. I hate when people make hype products will never live up to.

well the ps4 is gonna be more pc then any console.

as all the games will be compiled to run on pcs

this could essentially be a good thing for pcs as developers will have to do less work and not have to worry about porting.

consoles are never going to go away and this should mean us seeing more titles coming to pc.
My PC Specs
Top

All that is well and good, but the hype machine is just dumb. Although last time it lead to Sony taking a big hit to go to Blu-Ray at a loss to them, gain to us.

In most cases hype does more harm than good. Nintendo's recent product comes to mind. How the controller would "Enable games to things unheard of before" and such. Shenanigans. 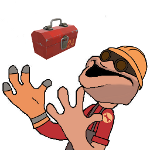 All the new consoles look pretty poor to me. I expect the next Xbox to be a complete corporate nightmare. Just look at the state of the 360, the majority of the home screen is ads. I don't expect the ps4 to be a whole hell of a lot better. The controller has a major button devoted entirely to Facebook and twitter sharing. There's very little competition in the console industry, and the consumer gets problems because of this fact. I predict DLC is going to reach a critical mass with the new generation, and games that bilk players for money will be the norm.

Ehh, I guess this topic puts me in a foul mood. On the plus side, I'm really looking forward to Watch Dogs. It looks cool as hell.
My code works 60% of the time, every time.
Top

It will require to you connect to the internet at least once per 24 hour period.

Games pretty much can't be traded or resold.


If this sells at all, fuck you MS fanboys.
<Stuff and Nonsense />
Top

It will require to you connect to the internet at least once per 24 hour period.

Games pretty much can't be traded or resold.


If this sells at all, fuck you MS fanboys.

You can sell games, I'm pretty sure. But in order to do that you must give up the license or whatever and the buyer still has to pay full price plus extra if they want the physical copy.


Either way, this new system just has a bunch of fees for everything. People are also speculating that Xbox One is like Big Brother because Kinect is always watching, always listening.

The Always online thing is a Dick Move, But as for Trading/Selling Used games, I tend to agree with it.

Maybe I've been a PC gamer for too long, but I despise the fact that Gamestop/EBGames or similar stores Give you 5$ for a 2 month old game, then pushes real hard to sell it for 54.99 (While new is 59.99) and pocket all of that profit. I would rather have the money I pay for a game go to the Developpers. Too many good developping companies have gone down because of this shit.

And in the end I prefer to see something along the lines of Steam. Where you can't sell or trade your games but at least the games do not stay at 60$ for 2 years. Within a few months you can almost get it for half price. I'm not sure yet, but since the games are downloaded to your XboxOne, then you can probably buy them from the marketplace. We will have to see I guess.