I don't know the answer they are looking for but maybe you do: http://arstechnica.com/gaming/news/2010 ... mpaign=rss
<Stuff and Nonsense />
Top

Yeah fuck you!!! what are we talking about again?
OH SHIT ITS CRACKERS
"Oh there's somebody NAMED Somebody! HA HA! SOMEBODY GET ON THE CART! HA HA! SOMEBODY." - Pretendica
Join The Robot Skeleton Army
Top

Yeah fuck you!!! what are we talking about again? 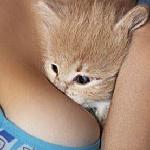 I have lied, cheated, stolen, and murdered my way into the beta. I am currently 8-0. Now I'm going to hunt newman down and destroy him for having it first.

EDIT: newman, have you only played 4 games?

They did a recent stat reset (like a week ago) but yes I have only played a few games, suck at it (still) and currently don't plan on buying it.
<Stuff and Nonsense />
Top

well add me and play with me! My name is FuzzyWuzzy. ...not by choice.

That's right, I made rank 11st. Up from rank 13rd. Nice work Blizzard.

Also, whatever that guy did to that girl, I really hope it was worth it.

I got 2 keys also rofl.
signed up with 2 accounts, got both within a week of eachother.

Add me, PerfectCell.pdgg if you want. My stats are crap right now because a friend was fuckinga round with pure 'rines, no rauders or meds.

Also kitten, what is the tag after fuzzywuzzy? Like, FuzzyWuzzy.xxxxx. Need that to add as a friend.
Top

I believe it's just Fuzzy.Wuzzy

Looks like GameStop has beta codes for anyone who preorders. But you can't cancel the preorder apparently.

Newman wrote:Looks like GameStop has beta codes for anyone who preorders. But you can't cancel the preorder apparently.

I might do so.
WELL DON'T THAT BEAT ALL.
Top

You pretty much won't beable, because you are required to log onto battle.net to access. Maybe in time tho.
<Stuff and Nonsense />
Top

Meaning its pretty much just rehashed starcraft. Another reason I won't be getting this.

It's been 12 years since the original StarCraft was released. Looking at StarCraft II -- at least its multiplayer component -- some people expected to see more innovation and originality, when instead what we see is a highly refined but very familiar RTS. But why make changes when you've got a good thing going? That's the stance taken by StarCraft II design director Dustin Browder in an interview with Gamasutra, in which he explained, "We're not trying to be innovative," also adding, "We're not trying to change for change's sake."

Browder continued, "We're just trying to make quality, and we definitely felt there were some things in the previous game that were high quality, that we weren't super confident we could do much better." He provided an example of the Terran's Siege Tank, saying, "I don't have a lot of enthusiasm to make Siege Tank 2.0. Siege Tank is good."

The lack of innovation doesn't apply to the single-player, however. That's where the bulk of Blizzard's efforts in trying to provide something new and fresh went, as you can read all about in 1UP's latest preview.

"For the guys who say, 'I just need something new,' we've created a whole solo play experience which we feel really scratches that itch," Browder said. "It's a brand-new experience. ... We have a very high-quality version of a non-linear experience in an RTS game, and we think that's an area where players who are bored of [traditional] RTS will have a lot of fun."

We still don't have a release date for StarCraft II, though the ongoing beta continues to expand -- GameStop is even now handing out beta keys to anyone who pre-orders. If you find yourself in the beta, be sure to let us know if you think Blizzard made the right decision by not changing up the fundamentals of StarCraft.