why:
hey guys, ive been playing on the servers recently and ive found that the map list is old and repetitive, so iv decided to create another map to add the the list.

Preview:
here are some screenies so far:

How it works:
1. humans run to castle, set up their defence (30secs)
2. humans defend castle for 5 mins (not to sure if its to long)
3. humans retreat across a bridge to defend another point (not to sure what though)
4. then finally they will make a dash for destiny towards a port were they will defend a ship for 10 seconds and then escape.

what's to come:
will be upgrading the architecture when finished (to make sure i dont go over brush limit)
need to figure out the middle defence point (comment ideas below)
more ambience and detail to be added to surroundings
game system created
Top

looks good, well put it up when you release
My PC Specs
Top

Make sure humans have a fighting chance

I've never liked these sorta maps for that reason; its impossible to win as humans. And for the most part, just about everyone dies at the exact same spot. every. time. they. play. Are there any other serves that you can stick this on too? you'll get a lot more feedback. Additional, the castle is pretty blocky in there, its going to be hard to move around in there without some playerclips, plus, blocky environments make me and my fellow sufferers of bad simulation sickness get dizzy faster than usual. (are those pillars func_decal? and by that I of course mean func_detail

) Criticism aside, it looks great, aesthetically speaking. I especially love the lighting you did with the torches on the outside.
Last edited by Snake Oil Salesman on May 16th, 2010, 6:39 pm, edited 1 time in total.

ok as i said in my first post, im just getting the basic detail in before more complex stuff, and what im doing with this, unlike maps suck as 'zf_mine' or 'zf_alphine' is that this will work fully like a blockade map because you have to camp out the same spot for so long, not just a 30 seconds thing a full 5-6 mins.

although i still need ideas about second cade place.

SandvichSpy wrote: I love getting new maps(toys) to play with!

did you know?, im am very creative and have made alot when it comes to making toys and fun contraptions in source SDK! (vehicles, catapults, ball machines, the works!)
Top

I wish I knew how to make maps like this. I should just give up on mine.
Top

Darkblaze wrote:I wish I knew how to make maps like this. I should just give up on mine.

nah, that's how you get good at mappin, keep going for it, just make maps and change the things that people want!
*pst, if you need any help just ask (doors, lifts, breakables...), if you wana ask me on steam, my steam name is 'Shinxlinx'*

whats a func_decal lol, its func_detail. and the purpose of it is so the engine renders it as a entity and not a brush. which decreases compiling time greatly.

and im sure if hes gotten into this level of detail hes well aware of the uses of func_detail.
My PC Specs
Top 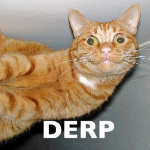 It looks like fun. I love seeing new maps.
How can you say you love her if you won't eat her brains? - Derp ♥
Derp, I have a question... Hi. - Brownie
Top

well, im off to camp so dont expect it to be finished till after a week (sat)
if you want the current .bsp, here it is!,
http://www.filepak.com/1/3_zf_castle_party.zip
Top

Stephen wrote:whats a func_decal lol, its func_detail. and the purpose of it is so the engine renders it as a entity and not a brush. which decreases compiling time greatly.

and im sure if hes gotten into this level of detail hes well aware of the uses of func_detail.

lmao, I knew I got something wrong in the name, didnt know it was that big though

. (Plus, pointing out the obvious is what I do best. Remember my post about the server cfg

) Oh well, back to the developer community site for me, I'll be back with some knowledge thats actually useful XD.

ok guys im back!, i will be updating regularly again from Sat, anyone got any ideas for the middle point yet?
Top

SandvichSpy wrote: You should totally make some switch activated booby traps for your castle(eg: a gate falling down on the zombies or a pitfall in front of the castle somewhere, possibly a punji pit [lol eww])

its a good idea, but im trying to keep it mediaeval and some trap doors and that might make it un fair and things like that (so maybe in version 2.0).

and the middle point is the point after they retreat over a bridge, im thinking maybe a small mine with part of it collapsed.
Top

hmm, maybe ill consider you ideas but for the being time i need an idea for the second point or i cannot continue!
Top

OK, due to the lack of inspiration and activity on the forums i will be only continuing this as a side project and will leave out the middle point (till ideas come rolling in for V2) and will just have
castle -> boat -> end

shorty i will be working on a shipwrecked map, humans defend ship while zombies come from rock outcrops across stepping stones and that sort of thing, breaking entrances into the hull of the ship to feast on the delectable humans' brains.
Top
Post Reply
19 posts